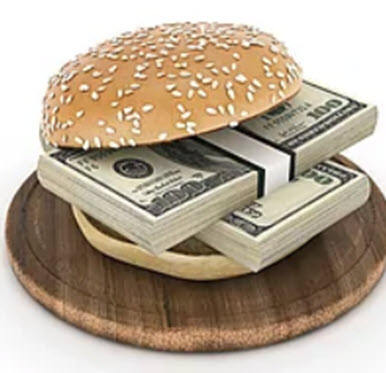 If you are walking into The French Laundry, a 3 star michelin restaurant in Napa, you may well expect to pay $50 plus for a sandwich extraordinaire. Not so, when you walk into your average sandwich place. I almost fell out of my chair when the person cutting my hair told me she was going to be charged $50 for a chicken sandwich at a local eatery in Walnut Creek, La Fontaine. She had paid $20 for a sandwich one day, $30 the next and then a few days later was presented with the $50 price tag. She declined the sandwich.

While this may be an extraordinary tale of sandwich inflation and who knows what else, the reality is that the cost of eating out has gone up significantly, but this is sandwich madness. Yes, Russia and Ukraine are two of the largest exporters of wheat and there will be supply shortages that impact prices worldwide. The Russia-Ukraine situation has also sent gas prices soaring. Gas prices have risen to some of the highest in recent USA history. However, has America stopped growing its own wheat and raising it's own chickens? Of course not. So, why is a local sandwich shop in Walnut Creek charging $50 for a chicken sandwich? Is it the best chicken sandwich in Walnut Creek? Probably not.

The supply chain issues have given opportunity for corporate and business greed to inflate as well. While some price increases may be justified, of course, some price increases across a range of industries ranging from 50-500% are quite litterally "out of this world" and unjustified by any rational commercial standards.

Markets are on Edge. Are you? 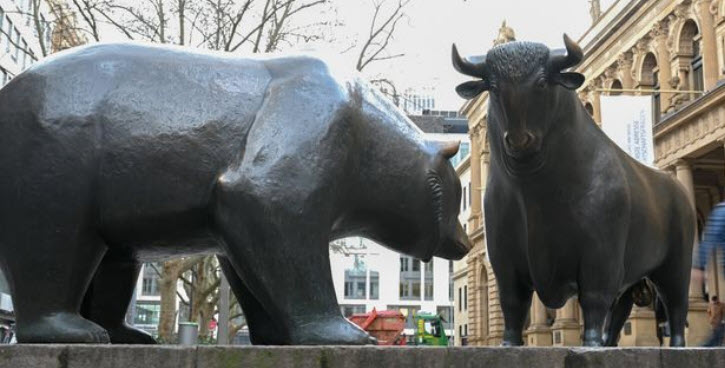 The markets are on edge. The Fed has signalled it will use its tool box to curb inflation which includes raising rates and tapering. The market has shuddered. "Don't fight the Fed"! is the prevailing market wisdom. The market pundits and the news media are pronouncing that rising rates combined with less liquidity is going to be bad for stocks and that this could be the end of the historic bull market.

First of all, this movie has played out before. Between late 2016 and 2018 the Fed started to signal it was going to raise rates and high growth stocks sold off as they are the most rate-senstitive. Investors rotated into defensive stocks with strong earnings. However once rate hikes happened the same growth stocks that were now priced for those rate hikes, performed really well, while the defensive stocks did not. A good case can be made that we will see a repeat of the same pattern. Earnings remain robust, supply issues are likely to turn around in 2022 and inflation will eventually come down from it's current highs.

Likewise, the economy continues to find its way through the disruptions of COVID and while this may take more time than people think, we will move past COVID as the rest of the world begins to get vaccinated and build immunity. However, it would be foolish to discount new variants emerging over the coming 12 months - and more disruptions to global economies - while over 90% of the developing countries are still unvaccinated.

The Case for an Extended Bull Market 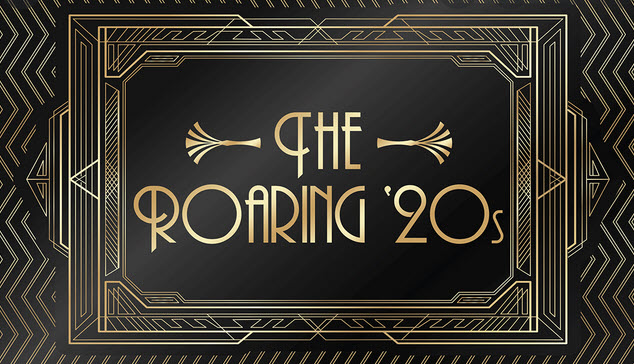 We have often written about the "asset inflation" bubble caused by a trifecta of near zero interest rates, record levels of money printing not seen in american history and the federal reserve acting as a backstop for everything! Well maybe not everything, but again more than ever before. The "relative value" of the dollar continues to fall against this backdrop. a trend that has continued over a 50+ year period. The purchasing power of the dollar has fallen by 92% over the last 50 years. Let that sink in for a moment. The only saving grace is that other westernized countries are not faring much better yet none have the size of national debt of the USA. It helps to be the worlds reserve currency!

In the midst of a historic "asset bubble" of "everything" where many fund managers are cautious, there are well respected fund managers talking about a continuation of the bull market into 2038, one that is fueled by the "millennial" generation. The arguments are compelling and we wanted to share some of them in this article.

Cathie Wood, the architect of Ark’s comprehensive range of ETF's sais: “So this is the echo of the baby boom,” in reference to the millennial investors being the new drivers of an extended bull market into 2038 to mirror the baby boomers who fueled a 20-year bull market in stocks during the 1980's and 1990's. 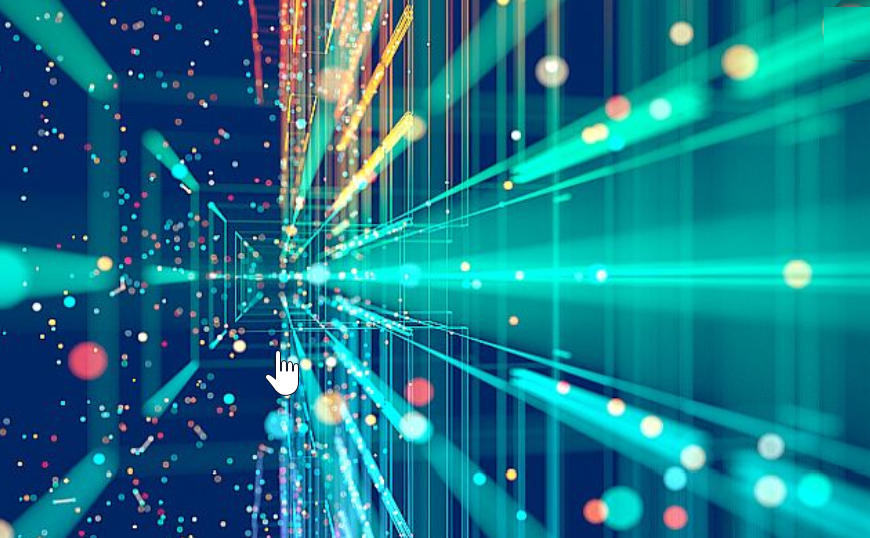 China, Evergrande and The Boom & Bust Cycles of Capitalism 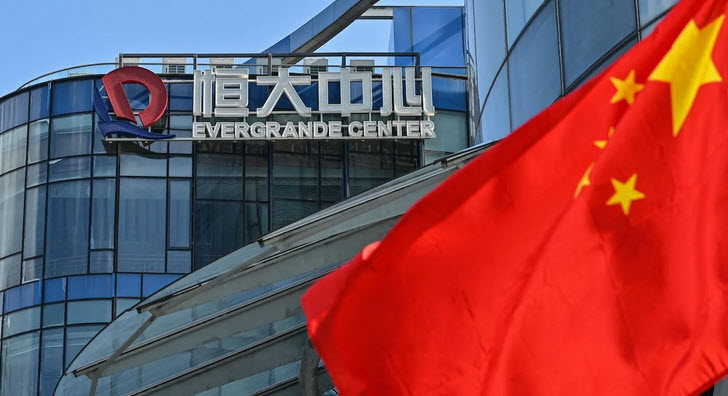 The recent headlines in the markets are all about China's "Evergrande" which may require a name change before the dust finally settles. China's quasi capitalist front - the business class - which is under the umbrella of Communism is under fire on many fronts. Let's discuss the economic front first. Evergrande - you may not have heard of the company until now - is China's largest property developer and has been a company at the forefront of China's economic boom and phenomenal new city development and expansion. As can be the case in an economy that has been booming and expanding for decades, it is easy for companies to lose sight that "booms" always come to an end. The economic cycles in Capitalist societies are inevitable, in spite of trillions in government "funding" intervention in the last decade. China is not a capitalist society - at least not culturally - and the interesting juxta-positon between capitalism and communism under one roof is playing itself out now with "Communism" asserting itself in ways that those who have heavily invested in china are now discovering to their detriment.

Evergande's booming business was fuelled by increasing debt and leverage. As can happen, that debt to debt servicing ratio was not properly managed and the banks - yet again - failed in their fiscal due dilligence and evaluation of the company. The US equivalent often cited in the media is "Lehman Borthers". The bottom line is that "Evergrande" is teetering and on the cusp of failure, unable to service its debt with no immediate convincing plan to lower its $300 billion debt mountain. It missed it's interest payment to bond holders yesterday - thursday September 23rd - and now has a 30 day grace period to make good on this or officially be in default. The writing is on the wall. It has effectively lost the little negotiation power it may have had. It's unlikely - not impossible - that the company will survive in its current "Evergrande" form. Will the chinese state intervene? Given the millions of livelihoods at stake and economic repercussions for the region, there is a high likelihood the government will intervene in some way. In wake of China's clamping down on "businesses" that have grown too big and too powerful for the State's liking and its emphasis on the welfare of the people, we see a strong possibility that state financial aid will come, but with caveats or demands that the company be broken into several companies and assets sold off to pay down bondholder and retail buyer debt.

As we have already mentioned, we believe it is unlikely that "Evergrande" will survive in its current form.