The Case for Negative Interest Rates - Rationale, Risks and Origins 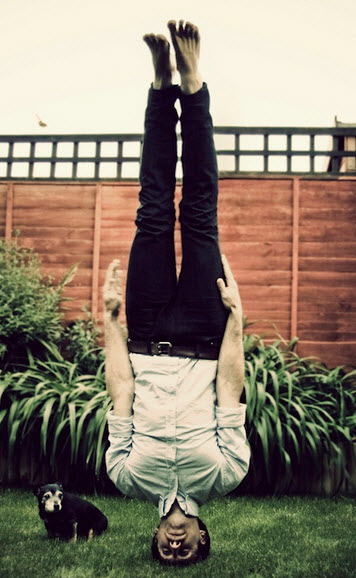 Why on earth would a bank charge negative interest rates? It's so " upside down" and counter-intutive we thought it would be a good idea to cover the topic in this weeks blog post.

During times of economic uncertainty central banks lacking in policy alternatives to stimulate the economy have turned to unconventional policies such as negative interest rates to stimulate the economy. The use of negative interest rates is a tool to counter potential deflationary spirals where - in times of economic uncertainty - there is less incentive on the part of businesses and consumers to spend and therefore less investment, growth, profits and a higher propensity for unemployment which in turn creates a negative feedback loop. By offering negative interest rates banks disincentivize individuals and businesses to hold cash at banks as it now costs depositors money to do so (which turns the traditional banking model on its head) and encourages businesses and individuals to borrow money by actually being paid to borrow by the banks.

Sweden was the first to experiment with negative rates in July 2009 when the Reiksbank cut interest rates to -.25%. The ECB (European Central Bank) did so in 2014 lowering its interest rate to -0.10%. Other European countries and Japan have done likewise with over $10 trillion in government debt carrying instrument with negative yields by 2017. The objective is to encourage banks to lend money rather than hold reserves at the central banks (where they are now charged for the privilege). Another objective is to use negative interest rates to devalue a currency and in essence make it more competitive, stimulating the economy through demands for export of goods and thereby encouraging business expansion.  This has been one of the objectives of the ECB.

Today as of June 30,2021 there are over 379 banks in Germany alone offering negative interest rates, the highest number to date.

Economists warn there may be severe unintended consequences of negative interest rates such as a profit squeeze on banks who are holding mortgage instruments that fluctuate with prevailing interest rates. Negative interest rates narrow profit margins which in turn create or force more appetitie for yield which in turn increases risk which if not well managed can lead to systemic bank failures. Arguably the high profile recent failures of Greensill Bank and Archegos were in part caused by these pressures.

"The hunt for profits will always be present," said Elizabeth Rudman, head of the European financial institutions team at DBRS Morningstar. "You could see recent problems at Archegos and Greensill Capital as examples of banks increasing their risk appetite without full due diligence."

Greensill is a classic example of "banks chasing higher returns because of the negative rate environment," according to Tom Kinmonth, fixed income strategist at ABN Amro.The whole industry, from insurance companies to big pension funds to asset managers, are all looking for yield ... so, in the end, people are pushed to take more risk," he said.

Negative interest rates were conceived as a tool or policy to stimulate borrowing and disincentivize capital sitting idle. Banks are likewise disincentivized to sit on cash as they too must pay a premium for doing so. The inevitable side effect is that banks are forced to seek yield and with the higher yield comes higher risk. It's hard to see how this model or policy would not weaken the banking finance infrastructure. Banks with shrinking margins are forced into a negative investment model as retail depositors are disincentived to provide the capital that banks depend on for their higher margin business. A strong banking system is a necessary pre-requitive for a strong and stable economy. Weakening the banking system has it's own risks. We should also add that the burgeoning decentralized finance model is also now competing with the traditional banking model. It is forecast to grow significantly - as yields are very attractive by comparison - which will put banks under more pressure.

It should also be said that banks are just as disinclined to lend in an environment that is potentially deflationary as businesses are dis-inclined to invest. That being said, businesses that have stronger balance sheets and outlooks are incentivized to borrow with negative interest rates on offer.

It seems unlikely that we will see this trend in the USA anytime soon. However, when the next great economic crisis hits and printing trillions of dollars is perhaps less of an option as a way to navigate out of a depressed economy, we should not be surprised if "negative interest rates" are not utilized as an experimental policy tool to stimulate the economy.